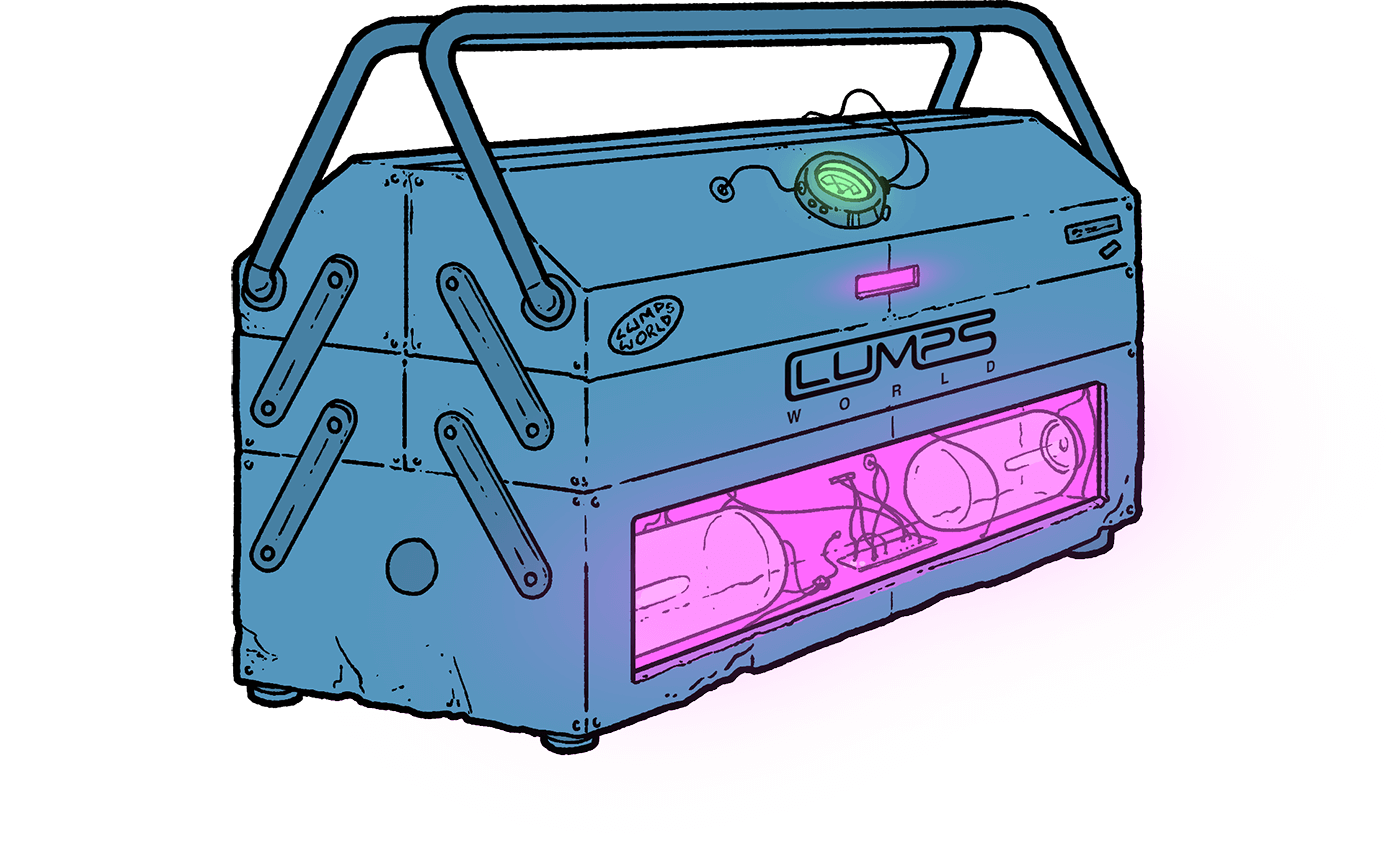 The Lumps World Capsule #005 has Landed

I’m pleased to get this to you. It’s good for me to have a project – something to spend my time on.

Since the incident in the fields I’ve been hiding out in a dark room. Laying low.

I’ll be honest, I’ve had ups and downs. There’s not much to do up here but get drunk and angry – and I’ve been doing plenty of both.

But Lumps World Fashion Week is coming up, in fact they even had the opening ceremony last week, so that’s given me something to do. I thought it would be nice to get a few pieces for you, before they appear on the runways. I’m a bit stuck up here, in hiding, but I’ve called in a few favours and have a decent haul of the latest threads to send back to you in this capsule.

I’d love to know which ones you like… I wonder how your species would look wearing our clothes. Hm. Stupid thought.

I’ve included an old drawing I collected and some notes from the old diary. Be warned – this entry comes from a… darker moment.

It’s the investigation of course… I discovered the timing of The Rapture – and it’s sooner than I thought. Not long after Lumps World fashion week.

May the Slime Ears protect you

Reveal the winners of the Merchandise Packs.

Reveal the winners of the 'Into the Beer Bucket' framed artwork