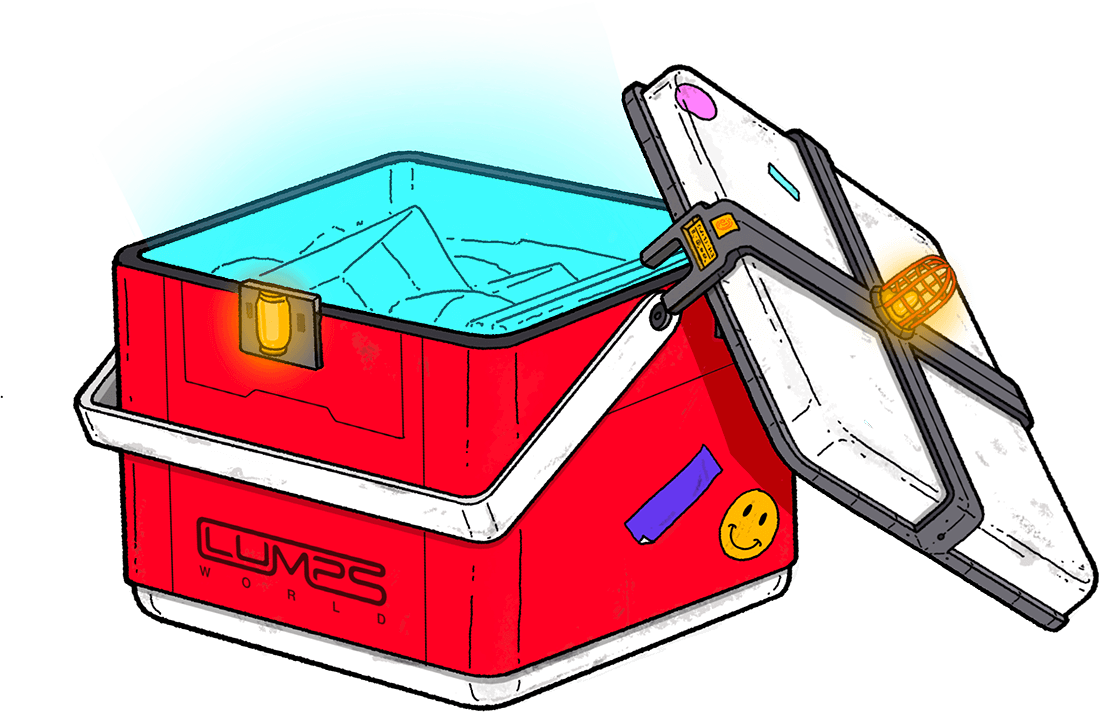 The Lumps World Capsule #003 has Landed

I’ve got a heavy head after last night – but I’ve always been one to fight fire with fire.

Wine is something we drink here to escape things. I don’t mean escape literally, I mean… forget it. You wouldn’t understand.

The point is – last night I was propping up the bar at the Lumps Legends Member’s club. It’s an old pub in the Gold Stacks neighbourhood. Nice place. The landlord is an acquaintance and the closest thing I have to a friend – #400. He likes to party a little too much – but he’s a history nut at heart… with a lot of ancient artwork depicting Lumps Legends like Slime Boy and Ramen Girl… the old heroes.

Last night he was kind enough to give me a few to send back. I’ve put two in this capsule. Treasure them. There’s more to come.

Anyhow – #400’s been helping me with my investigation. And, Slime Ears be praised, boy did we make a breakthrough last night.

He set me up with #105 – a loose-lipped gold-stack who rubs shoulders with the upper classes of Lumps World. He’s heard some things about the Mohawks which go all the way up to #7! He even had some info about that crazy Rapture project…

Anyway, I managed to record some of the conversation – I’ll let you listen for yourself.

Oh, by the way, I’ve hooked this capsule up to the slimeverse, it’s an information network we have here. If you connect you should be able to learn even more about us – take a look. It might just answer a few of your questions.

…I don’t know if I believe #105 – by the end he’d drunk even more than me. But nevertheless, there’s one word I can’t get out of my head this morning: Rapture.

It feels like something big is on the horizon for Lumps World.

May the Slime Ears protect you. 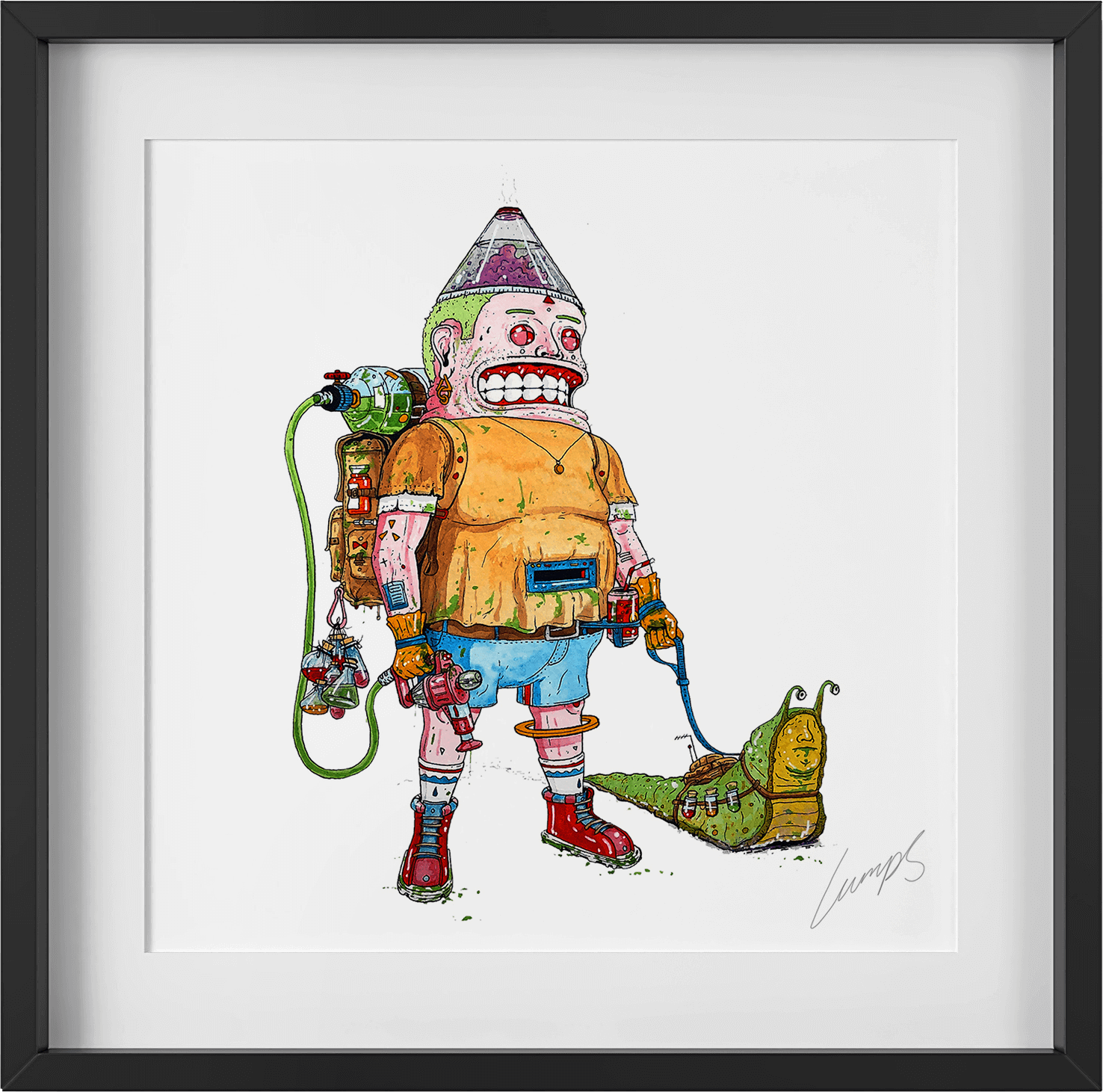 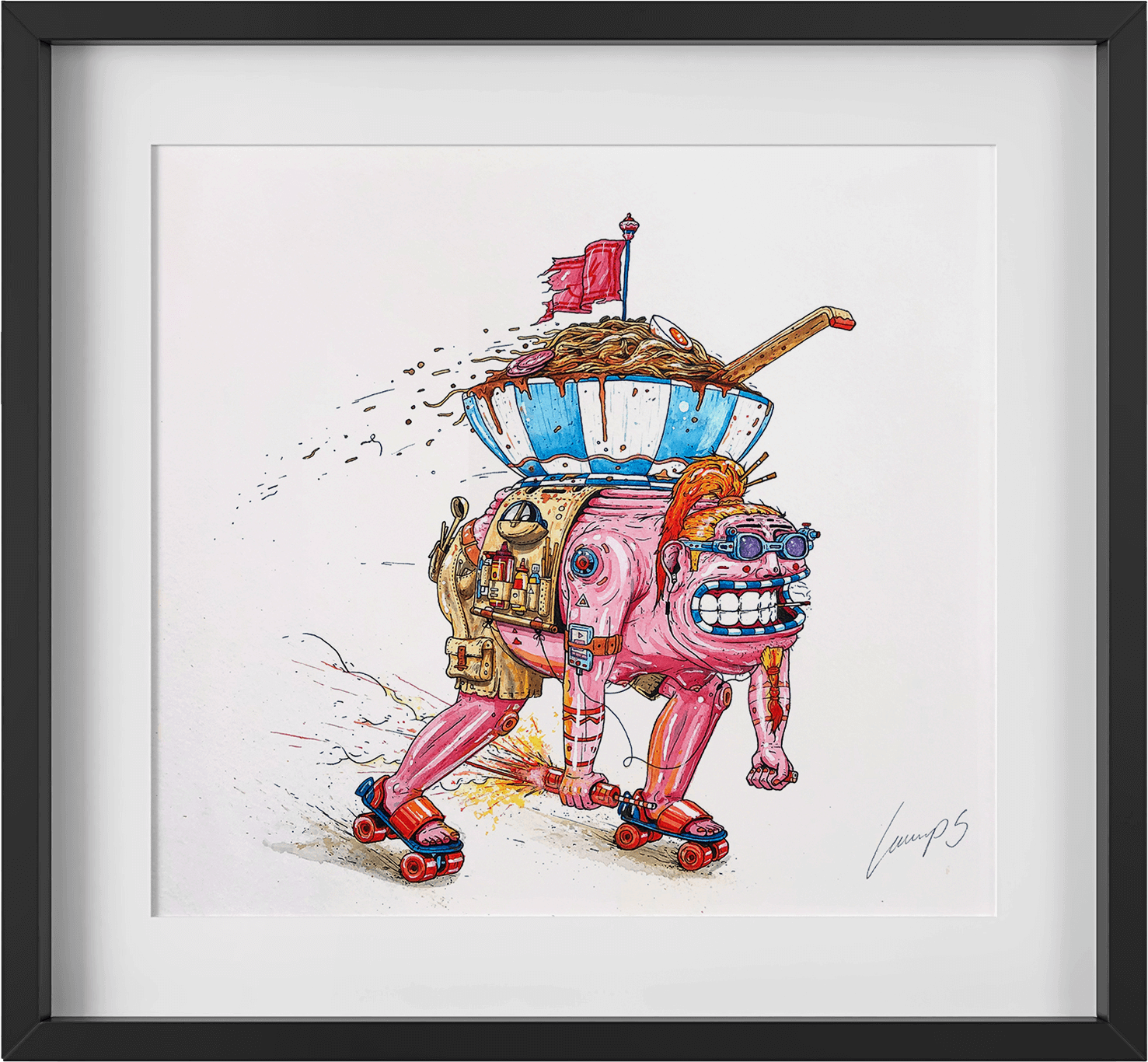 Reveal the winner of the 'Slime Boy Painting'

Reveal the winner of the 'Ramen Girl Painting'