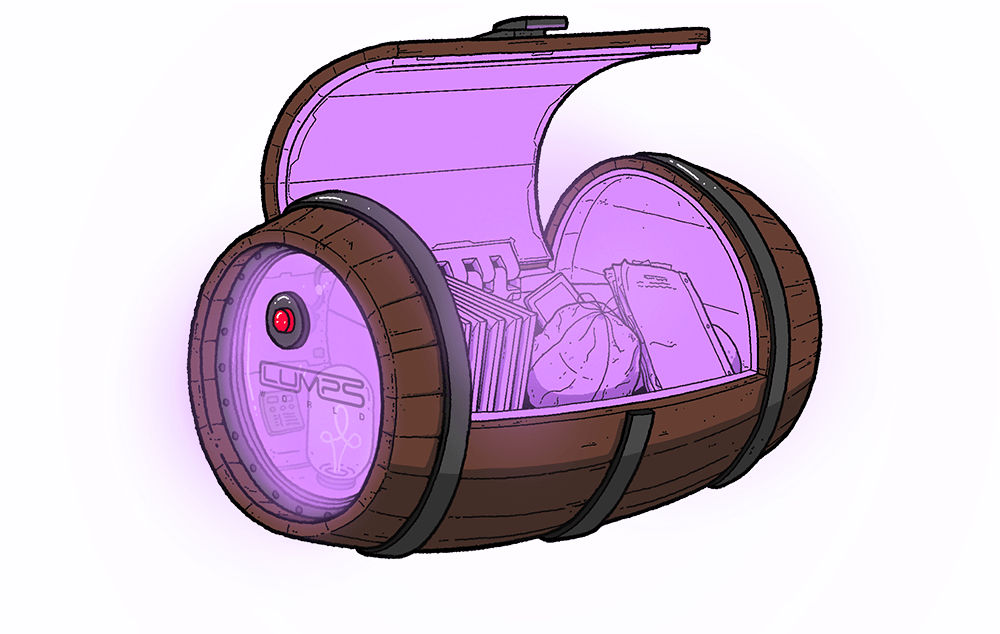 The Lumps World Capsule #002 has Landed

Another capsule with little hope of reaching its intended target. Doomed to shoot through the everlasting circles of reality aimlessly… unread and unnoticed. It’s a shame, really… I’ve filled this one with some interesting stuff.

There’s a lot of stuff here in Lumps World. We make a lot of shit. Half of it’s junk that never gets used. Probably more than half. We just like making it, I think. We like making it and paying for it. Oh, and we like throwing it in the bin.

It wasn’t always like this, though. Lumps are incredible craftspeople. In the old days, we would build stuff – with our hands – mechanical stuff. Intricate and detailed. Then, the very best and bravest would set a fire in their chest and weld it together. At incredible temperatures. Smoke would come pouring out of their heads. It was some sight.

These guys weren’t just mechanics, they were artists too. Some of the finest bronze sculptures in Lumps World History were forged in their chests.

You don’t see Smokers so much anymore. They’ve been replaced.

A few decades back some bright spark invented the reactor chest. It’s an ‘upgrade’ apparently. It’ll just spit out whatever you ask. Jet packs. Laser specs, canon hats. Whatever. Just key it in and spit it out.

It’s hard to know what’s worth something in Lumps World these days. Who’s wrong and who’s right. What’s progress and what isn’t.

Anyhow, here’s a haul for you… A sculpture, pages from my diary. Oh, and some paintings I found. I don’t know. Maybe this stuff will give you a sense of what life is like here.

I don’t know if anyone is receiving these capsules… but, by Slime Ears, I’m going to keep sending them. With more treasures. I’ll share the sounds and smells of Lumps World if I can. Hell, if I could pack a Lumps Burger in one of these things, I’d send you the tastes as well.

Until then, may the Slime Ears protect you.

Watch the draw via screen recording

Reveal the winners of the signed & framed print

Reveal the winner of the bronze sculpture

Reveal the winner of Lump #477

Winners will be individually contacted via discord.
*Any Lumps still held by Lumps himself are excluded from the draw.