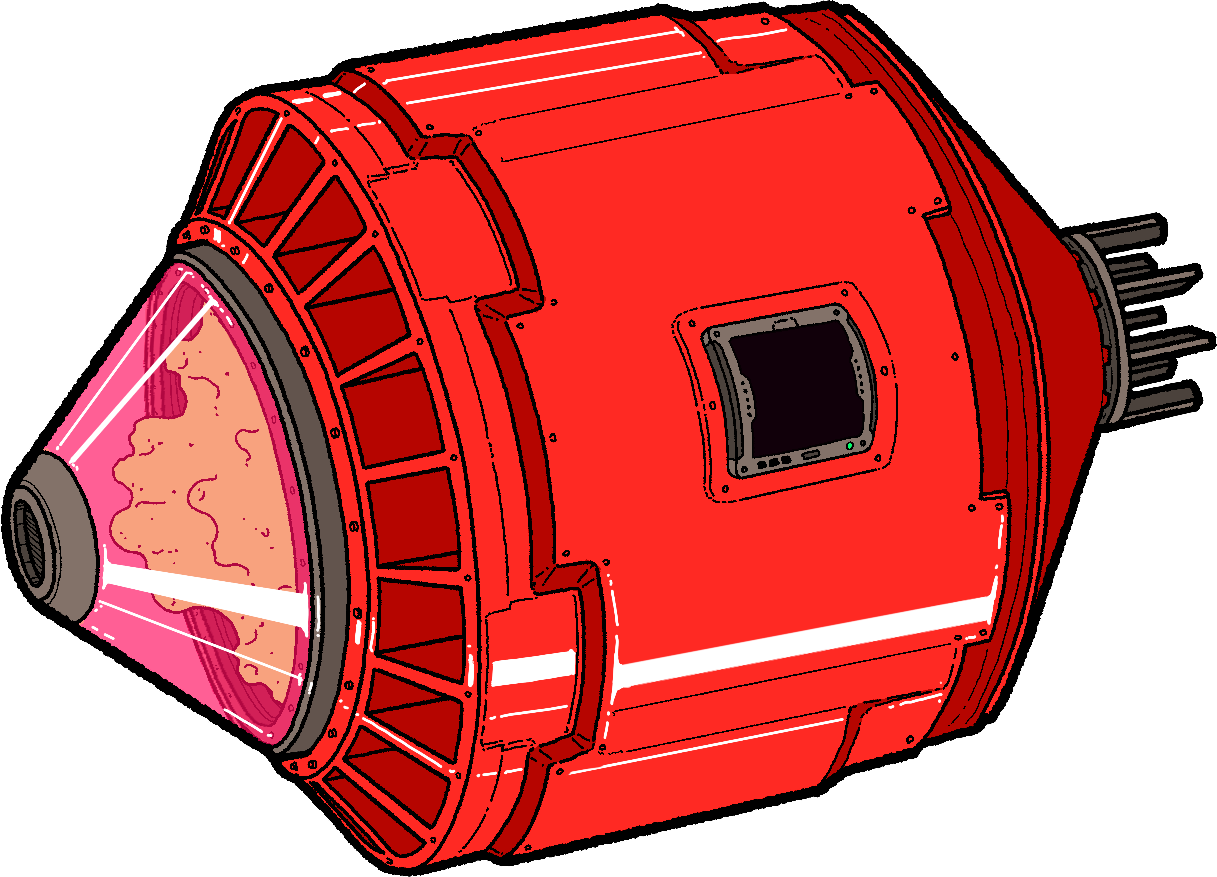 As I sip my extra thick, double-gloop, scream-shake from the Dessert menu of the Lumps Legend Member’s Club – I feel like a right fool.

All this time I’ve spent here, poisoning my brain with wine and worrying about Rapture, I’ve been surrounded by the greatest Lumps to ever live. I’ve been in HQ of the Resistance. I’ve been home.

Heck, all this time I’ve been trying to stop a Rapture that has already happened. How did I not see this coming…? We got taught about the Bootstrap Paradox in school… but I was never a great student.

Since then I’ve investigated this thing a hundred times over without even knowing it… caught in the endless loop. And now I’m out of it. I think.

This scream-shake tastes rancid, but I’m off the booze now. For good.

Behind him #220 is hiccuping and reading the newspaper. His Golden bird-hat is on backwards. #400 slaps on him the back apologetically. Apparently #292 kicked him out last week. They’d been married 40 years.

“I have to say, sir,” I lean over to Bewildered Ben. “I’m a huge fan. I’ve read all about your interdimensional parcel technology. In fact I’m using it as we speak. There are some life-forms in a distant reality who are receiving and reading my messages. I owe it all to you.”

As I blabber on, the cycloptic delivery boy looks up at me, bleary eyed.

“Thanks…” he says, gruffly. “But I’m just an impersonator.”

He stares at me blankly.

“I’m friends with #400.” I nod towards the bartender, who’s busying himself with a microphone stand on the make-shift stage.

The Lump cracked a beer and chugged it like Sunkissed-Stu drinking the blood of his enemies.

Ah jeez. This guy’s either wash-upped beyond repair, or #400 is spinning me a yarn. Neither is particularly good if we are going to face up to the ‘Ancient Power’ that #7’s looking to awake in the Voodoo Realm.

“Ahem, ladies and gents, please put your hands together for… Illusion Isabelle!”

#400 introduces the uni-cycling entertainer to the stage, to a smattering of applause. She doesn’t look great either.

In all my time in LUMPS WORLD
I’m seldom found but lost
If I’m not wanted for murder
I’m being double-crossed!

It’s hard to live an honest life
With these bastards at the helm
I’d rather risk my only life
In the Voodoo or Quantum Realms!

So I’m moving ‘cross the Metaverse
And I won’t be coming home
Coz LUMPS WORLD is a dangerous place
To be living on your own.

The old protest song rings out, a few of the guests join in. Some of whom are other great Legends… I think. There’s a Lump wearing a Buddy Jolly outfit, but… he can’t be. He looks awful. Frankly they all do.

They say never meet your heroes, but this is something else.

As Isabelle heads into the final verse, I notice a dimly lit corner of the bar, with a glowing green light gently escaping the darkness. The figure in there is muttering something and smoking a thin brown cigarette. He’s no Lump though.

What happened to our world?
The songs we used to sing?
When did the disco songs we loved so much
Become so deafening?

All I want is my LUMPS WORLD back
The way it used to bbeeeeeeeee….!

When things were so much simpler
And every Lump was freeeeeeee!!!!

Applause breaks out. Isabelle is carried aloft for her hearty performance.

I use the moment to slink over to the dark figure in the corner.

The old slug looks up at me. It’s the real Slippy, the Side-Kick of Slime Boy himself. A true legend. Beyond doubt. But will he admit it?

“Thank you.” He eventually croaks back.

“Slime Boy gave it to me himself.”