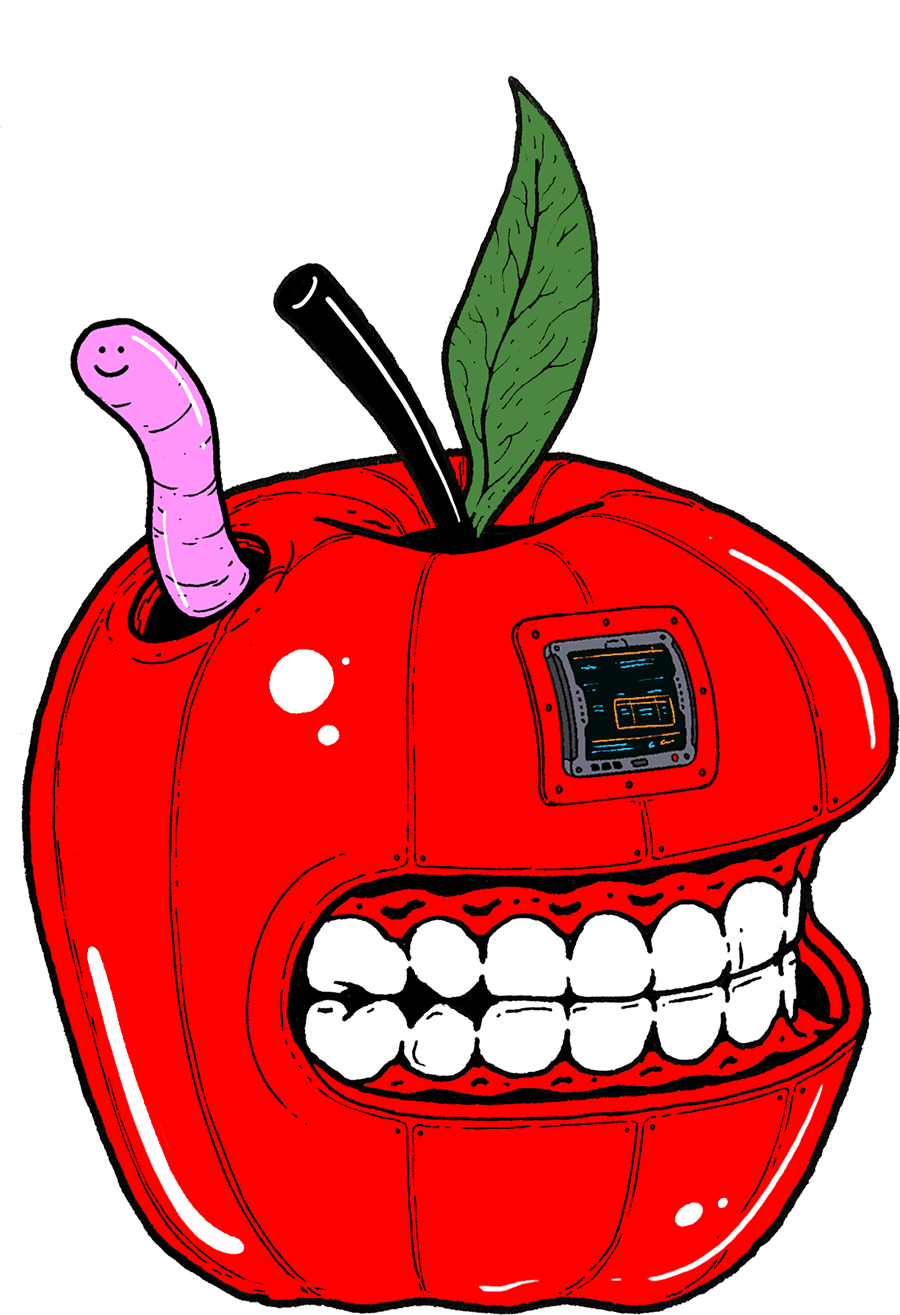 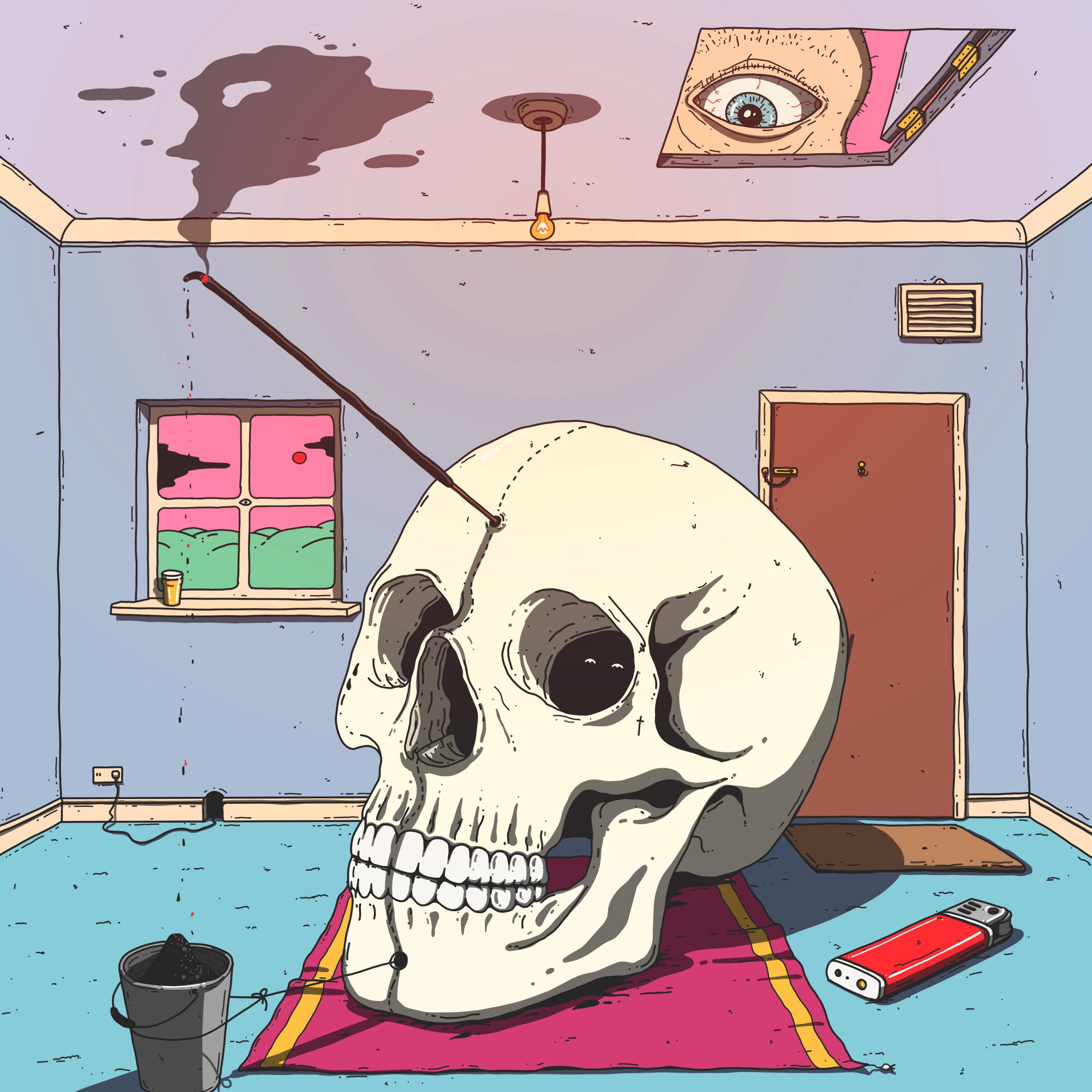 “Forget the lad! I’m frightened! I’m scared… Damn. I am, I tell you… What are we doing here? Please, what do you want from me?”

“Don’t forget who approached who at the Legends bar.”

“For information! For my case! Not to be trapped here, hundreds of years ago in a slime storm.”

Slippy hovers away from the roof and directly over the slime that surrounded us. After a moment, he begins to breathe in time with the bubbling slime and seems to grow in size as he inhales each breath of the rancid fumes. The green of his skin is becoming almost unbearably bright. When he speaks, his voice is placeless, no more emanating from his mouth than the farthest mountain. His words are all around me.

“#7 is no more than an opportunistic pirate, pillaging our furthest dimensions for their treasures like fledgling colonies for gold and spices. He is a weakling, a charlatan and a master of nought but disguise. It is not our ‘mission’ to defeat him – a misadventure of that insignificance would not be worthy of the word – but should he cross our path at any point throughout the journey to come, I shall vaporise him simply to put an end to the conversation.”

Suddenly he is in my face.

“…uh, yes.” I reply, clearing my throat. This slug is crazy.

Things calm a little around us.

“You are on a sacred quest, young mohawk.”

Hm. Wow. That’s the first time anyone’s called me that in years. I grew my hair out a long time ago.

“I know.” I shoot back defiantly, but I am a little embarrassed. “My grandfather told me Slime Boy was once a Mohawk.”

Slippy smiles, “Did he now? Sounds like a smart Lump.”

The moment almost makes me smile, until I feel a burning sensation on my nose, then my cheek, then my forehead, hands and chest. Now everywhere.

All of a sudden, the sky has turned a thick, velvety green. It reminds me of the seaweed you’d see in old Lumps World movies. It’s only bloody raining slime. Give me a break.

Slippy is flying here and there, darting around like this isn’t part of the plan. I haven’t seen him like this before.

The feeling is intense, like an ice bath that keeps getting colder. I try to breathe and stay brave, but this feels like the end.

In my backpack the kid is distressed but will be fine. The bag’s waterproof, with some one-way air holes. Thank Slime Ears for the Lumps World outdoor wear store, what a place. Quality of their stuff is outrageous. Damn I miss home. If I ever make it back I’m gonna walk in there and tell #204 I think he’s a credit to his community and his prices are too cheap. He’s a fine proprietor. A master bag maker. And a – … Jeez. Where am I?

Still on the roof. Ok. Blacked out for a second there. This isn’t good. The slime has started seriously damaging my hands, the skin is crumbling like flaky pastry. Wounds are opening.

“Boy!” He yells back to me. “Look! Here! There’s an ancient sinkhole, 100 yards beneath this point. The townsfolk plugged it years ago. It could drain the slime!”

I’m not in the mood for a history lesson, but I get the message. We need to drain the slime to save this village – and we need to do that before we die in this rain. Simple.

Only problem is my vision is getting seriously blurred.

I look for Slippy out in the slime from the rooftop, but things are getting darker and darker. The seaweed-like sky is turning pink. The clouds look more now like… like, locks of long hair. The black of the horizon becomes a dinner shirt with evenly spaced buttons, I see two thin eyes appear above me like the eyes of the very sky itself and – there, in the fullness of the great azure – 20 bright white teeth form a familiar Lumpy grin.

The booming voice knocks me to my backside. Droplets of slime slash my face like the throwing knives of a drunk magician. Each one lands and cuts deep.

“Come down and face us, coward!” Slippy bellows up to the heavens. He looks like a gnat hovering in front of a mighty lion’s face. A flash of green lightning crashes around him. Slippy dodges it, before biting the cork top off a red vial and spitting a breath of fire which lights up the sky. #7 chokes on his cackle.

“Slippy…” I yell, sensing he is going to be busy for a while, “How long would I have in the Slime?”

“You’ll be dead in 45 seconds.” He shoots back, weaving in and out of frozen slime spears spat from the mouth of the villain.

“So you better be quick.”

I pause, but there’s no decision to be made.

I sling the backpack off and look through a transparent pocket at the kid, “Can you count to 45?” I ask. He nods. “Ok, then… go!”

Plunging into the Slime, I lose my faculties for a moment. I’m overwhelmed not only by my pain, but by the pain of every Lump who has been drenched in this awful gunk before. It hurts so much. I wish I could take away their suffering. In a way, it feels right to be submerged. The only place I don’t feel guilty for how privileged I am to have lived a life away from this stuff. It feels right to feel what they felt in Great Mess I, to understand the sacrifice many made. Maybe that’s why Slippy’s brought me here.

#7 is so much worse than I thought. I can’t believe I stayed with him in his mansion. He’s a highwayman. He’s plundering the whole of the Lumpsverse and I guess the 500 colony was just another place and time he could fuck with. The Rapture – just another stop on his road-trip. His ego-trip.

I think of #235, that Slime Ear who looked at me once. Looked at me like… like, I dunno. Like she saw me. We even danced at Lumps World Fashion Week when we were kids. I wonder if she remembers.

My heart is so filled with rage that I open my eyes in the Slime. I was drifting away there, but I’m back. Looking down at my hands, it’s bad news. They are wrecked. Six of my eight fingers are bone. Literal bone. The others aren’t far behind.

The plug is about 20 yards down. As I swim towards it I feel my hat slip off and the back of my head is rushed with slime for the first time. It grips to my hair and fries my scalp.

I lay my skeletal hands on the plug and pull, opening the sinkhole. Surprisingly easy, I thought.

What wasn’t so easy, though, avoiding getting sucked down there myself.

Instantly, I’m stuck in a slime vortex, whirling around, circling death. In the fair-ground haze, I manage to tie myself to the plug’s chain, chipping off my right index finger as I squeeze the knot.

Above me, a flying slug is duelling – and, from what I can tell, defeating – a god-like incarnation of my nemesis.

But, as millions of gallons of slime washes over me, I haven’t the energy to even watch.

I always wanted to die for the cause.